15th May by John Leary-Joyce 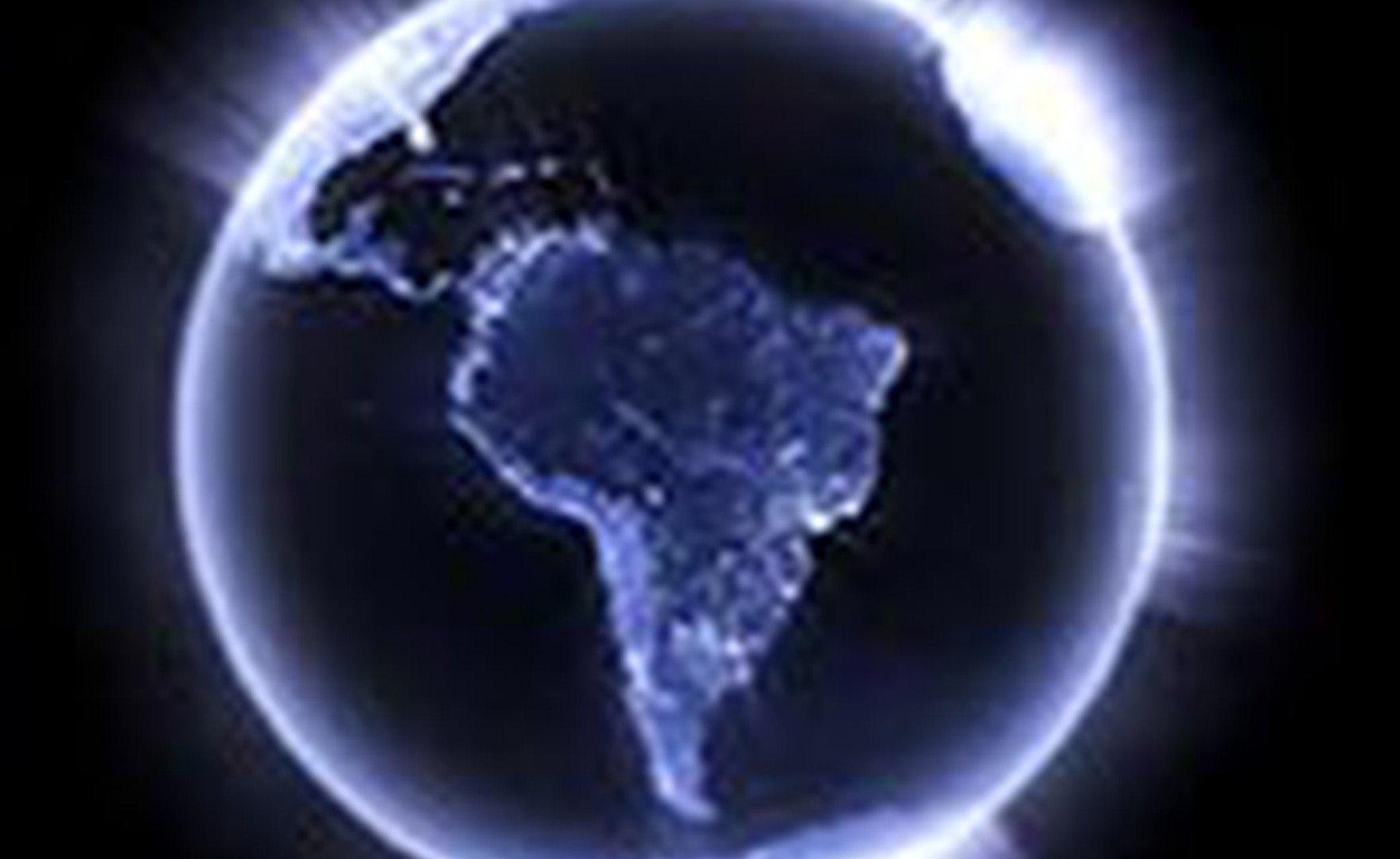 1)   At what point of someone's career is Coaching necessary?

Coaching is valuable for helping the coachee through unresolved blocks or limitations that hold them back. At any stage of our career we can experience that lack of confidence or clarity of direction that restrict our best performance so coaching can be very effective.

However, earlier in our career there are lots of people who have ‘been there, done it and got the tee shirt’ and are available to offer their experience, guidance and support. These early work roles and career paths have been well trodden so it is quite possible to get help with the problems and issues that arise. Also generally the young employee or junior manager is not dealing with sensitive, confidential business information so it’s easier to talk to friends and family to get support.

At a senior manager level performance problems are more complex, less predictable and more business sensitive, so it is more important to have someone neutral and skilled to facilitate learning. This is the career stage when the coach can be most valuable - helping to clarify thinking round complicated problems, politically delicate situations and emotionally charged relationships.

Career Transition is also another point at which coaching can be very effective. Preparing for new role/job, promotion, redundancy or retirement points when there is uncertainty about the future, clarity is needed about direction and objectives and confidence is needed to address new challenges.

Charen, Drotter & Noel in their book The Leadership Pipeline has a model with 6 ‘Passages’ or transitions in a person’s corporate career which have requirements and pitfalls “With a universal understanding of this model bosses will be able to provide better coaching …..” Clearly coaching through transitions is a major contribution to greater efficiency in organisations.

2)   What are the main differences between the Coaching process in Brazil and in Europe?

The competence and standards should be the same in both countries. Given that coaching has been practiced for longer in the UK (not necessarily all of Europe) there is greater confidence in the process and ability to move away from standard models and processes and be more innovative and creative.

Also there is a greater understanding of the range of possibilities where coaching could be utilised and how to make it effective, so the coaching process in Brazil may be more limited just now.

The level of formality in the process is also different. People in Brazil tend to be more informal about it, for example, they don't always formalise arrangements, such as require a formal coaching proposal from the coach. However, taking a more relaxed approach does not mean that coach and coachee should not establish a clear contract. They still need to have a good understanding of the roles and responsibilities of each one, etc. It is not a decision to be taken without putting quite a lot of thought into. In the UK, people tend to plan ahead, capture what has been decided into written agreements, and stick to the plan, while Brazilians are usually more flexible about the process.

This more formal contracting establishes the objectives before the coaching starts, which can provides the basis for an evaluation and measurement of Return on Investment at the end of the coaching programme.

4)   Does the more relaxed and informal behaviour of Brazilians help or get on the way of the Coaching process?

Both attitudes can be a help or hinder if they are overused. If the commitment is there, the results will be achieved, despite someone being more relaxed about it. What can get on the way is the fact that, because Coaching is becoming quite fashionable in Brazil, many people still don't know exactly what it is. It is therefore very important for professional coaches to explain what coaching is about at the very start of the process, so coachees and buyers of coaching understand exactly what they are about to undertake. It requires commitment from the coachee, and that he/she will not achieve the intended results if they don't put the necessary focus and effort into it. On the other hand, the more relaxed and informal style could help in forging coaching relationships faster. People ease into the process quicker because you create a bond faster in Brazil

Positive = More spontaneous, creative, open, building trusting relationship quicker because there is less concern about doing it ‘right’ and more space to allow mistakes and learn from them. New and unplanned objectives can arise in an emergent way rather than having to be structured and planned.

Negative= Sloppy, unfocused, uncommitted to the challenge of the coaching because not willing to attend to the discipline of the process. More difficult to measure outcomes and see return on investment if process is too informal. Can use this attitude to avoid difficult and challenging situations by cancellingor being late

Planning ahead for session times is not critical because coaches can usually readjust their schedules so a more relaxed structuring can work. However if the coach reschedules on the coachee there could be more adverse reactions.

3)   Given the current economic crisis in Europe, are companies resorting to Coaching more often?

In 2009, the three professional coaching bodies in the UK, (Association for Coaching; International Coach Federation; European Coaching and Mentoring Council) combined to survey their members with 626 responses 83% external coaches on the ‘Impact of the Recession on Coaching’ the results showed

The drop in income tended to be coaching with junior managers where organisations either cancelled coaching or developed more in-house coaches to deliver this work.

The increase came in coaching leaders in managing the challenges of more pressure, higher accountability and less resources

5)   Should an executive seek Coaching or should the company (where he/she works) stimulate them to seek this process?

It is always better for the executive to recognise his/her own development needs and actively chose to have a coach. The executive will be better prepared, have more initiative and motivation, clarity about the outcome and greater commitment to the process.

However , if an executive has good performance appraisals and has a positive indication from the organisation that they willing to invest in him as a high performer with potential then the executive is likely to appreciate the offer and make the best of it. In this situation the HR sponsor and/or line manager needs to be clear what the objectives of the coaching are and what outcomes are expected. These should be framed in personal as well as business development expectations so that the executive recognises the new challenges he has to step up to. A three way meeting between the executive, his boss and the coach should happen to establish what needs to be done.

1)     Clear indication of underperformance in one area and the organisation feels that coaching in the weak area would be a good investment. Often seen with very experienced technical managers (especially professional services) who are promoted to a leadership/partner role but have difficulty being motivational leaders. Also common in those who are great at business generation and sales but are hopeless at working as a team leader. The organisation will try coaching to see if they can get the exceptional individual to collaborate with their colleagues.

2)     As part of a leadership development programme there may be a series of follow up coaching sessions to embed the learning. Coaches are usually part of the facilitation team on the course so are aware of the individuals issues and will already have developed a relationship

3)     Debrief of an organisational 360 feedback or personality profiling exercise. Here the coach has a specific function and is not expected to go beyond helping the coachee get the most learning from the company exercise.

4)     As part of a team development process all members may be expected to have a coach. In this case the focus is on their functioning as a team member and contribution to the team functioning by their department. Again the coach would be either the team coach or their close associate rather than someone that was chosen as a specific match.

6)   Is Coaching more suitable for professionals who have leadership positions or is it appropriate for people at any stage of their careers?

Coaching is about overcoming challenges successfully and learning from them to build capability and competence at any level. So coaching is appropriate at any stage of one’s career. Students leaving school and deciding on a career can benefit from coaching as do graduates entering a new job, through to senior managers who have to organise their people and implement the business strategy.

However the leadership role (all managers have a leadership function and all leaders a management function the higher the organisation the greater percentage of leadership over management) is more complex and requires more initiative, motivation and responsibility. The leadership role is expected to set the direction, make the decisions and mobilise the people and then will be accountable for the output and carry the responsible for the mistakes and failures.

For this reason coaching is more suitable for those with a greater leadership function. It is often very difficult for a very experienced and successful manager who is used to ‘doing’ to step back, hold a strategic overview position and lead others in the delivery. These people often need coaching to help them decide who will be the right people on the team, then assign the right tasks to the most competent, be motivational and inspirational, manage the politics and deliver the business results for his/her department. Leadership courses, seminars and books all have great information to impart but it’s actually sitting with someone on the job coaching them to through the unique problems that they struggle with that will be most the effective and return the best value to the company.

7)   Can the results of a Coaching process go beyond the professional area and have an impact on someone's personal life?

An executive or manager is a person first and their role second. We need to draw on our professional learning, experience alongside our personality and life experience to fulfil the role. So in coaching someone to deliver on the business results requires them to examine their personal motivations and drives to maximise these capabilities. An introverted leader may discover that unless she learns to communicate more confidently she will not progress. The coaching will therefore make an impact on her personal life as she explores the nature of her lack of social confidence and what she has to do about this. She may also address the gender issue of how she may be holding herself back as a woman both at work and in her personal life.

On the other side if the coachee has a personal family crisis – bereavement, illness, divorce, wayward children, this will impact his performance at work and coaching is there to help him minimise that impact and learn how to become a better manager/leader as a result of this life changing experience.

I coached a very ambitious and successful regional leader who was determined to be a senior leader in the global headquarters. His father, whom he was very close to, died suddenly and because of work he had not seen him for six months. He was distraught and struggled to work effectively, even after the statutory bereavement period. Our coaching then focused on what his broader purpose was in life, what he really wanted to do and how he could serve his company and his needs without being fanatically driven by ambition.

Beginner’s mind and learning how to be a coach

As faculty on the AoEC’s Practitioner Diploma in Executive Coaching programmes, we meet many highly-qualified, highly-experienced and highly-effective professionals. And…