16th May by Jude Jennison 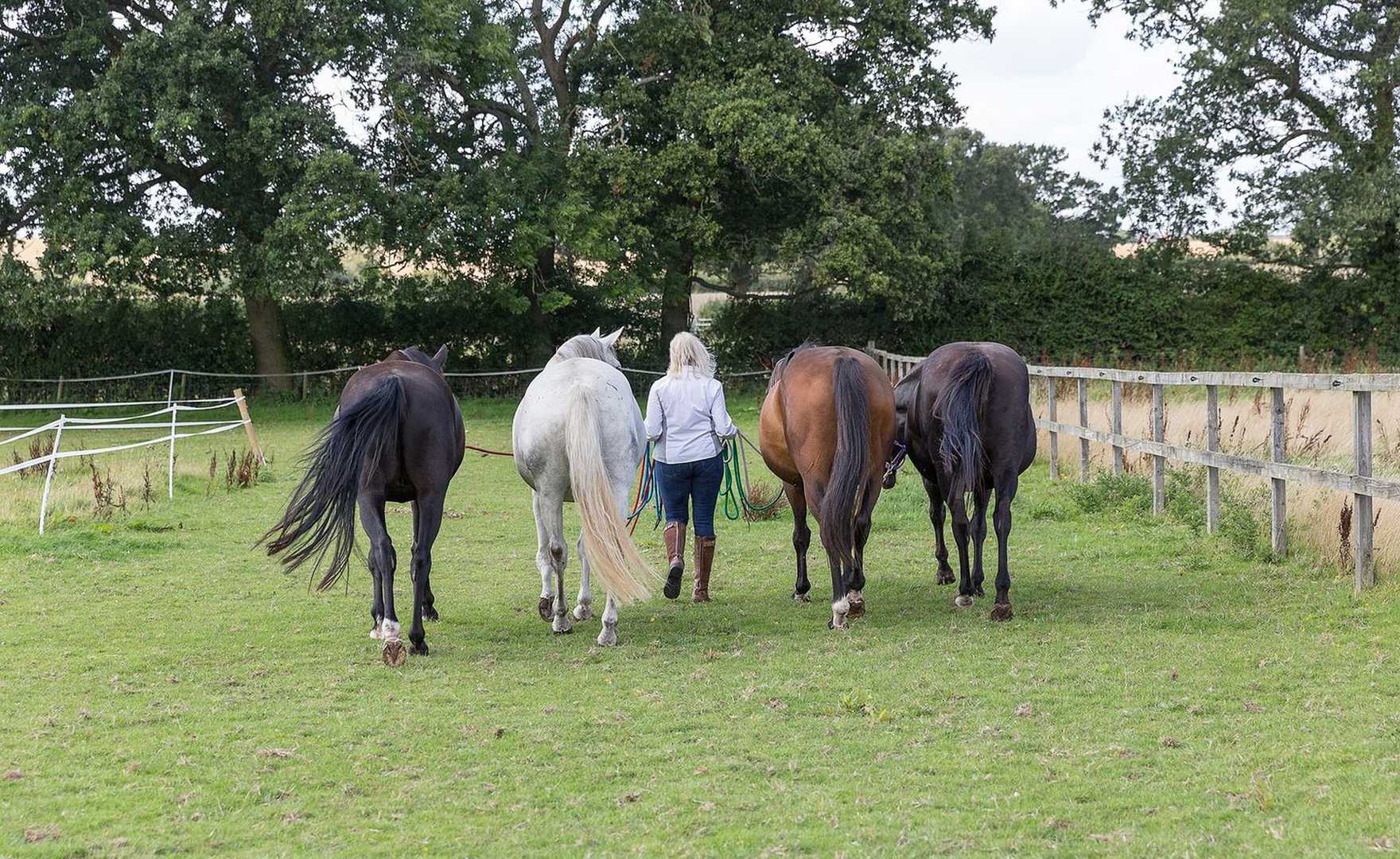 ‘I don’t see the point of this, and I don’t want to be here,’ Simon said as he walked through the gate and brushed past me in the office doorway. He was the last person to arrive. Everyone looked a little uncomfortable and shifted in their seats.

‘That’s okay,’ I replied without judgement and pointed him in the direction of the tea and coffee. Everyone breathed a sigh of relief as I let the moment pass.

We could not have been further apart in our views of working with horses. I have watched clients work with horses and gain major ‘aha!’ moments that transform everything in their life and work. I’ve seen how the horses help clients turn a loss-making business into a profit. Simon had not. He had no reference point. He was out of his comfort zone, on the verge of overwhelm. The truth is, he was scared, and his overconfident resistance was his way of staying safe. It was pointless trying to persuade him with words. Anything I said in that moment to try to convince him of the value of working with the horses would only increase the divide. He was experiencing the resistance of major uncertainty.

The horses win people round quickly, so I held Simon gently in his resistance, knowing that his perspective was true for him in that moment. When his time came to work with the horses, he opted to work with Kalle, as people who are terrified often do. While many are intimidated by her self-assuredness and self-confidence, those who are overwhelmed often choose to work with her, as if they sense that she also has the capacity to be extremely gentle with anyone who is scared.

Simon took the lead rope from me and stroked Kalle on the neck. He took one step forward, invited her to walk with him, and off they went together. Kalle didn’t challenge him any more than I had. She recognised that he needed to be put at ease, to be supported out of his comfort zone and held gently. He came back with a big smile on his face. Simon was achieving success as he perceived it by getting the horse to go with him. He was starting to move from his original position of fear and polarisation to meeting me and the horses in a place of curiosity and quiet, confident leadership.

The cause of all resistance is fear, and it is prevalent in organisations and society. Uncertainty creates fear – fear of the unknown, fear of failure, fear of being vulnerable, fear for your safety. Fear is inevitable in disruptive change. Fear makes you say and do things you would not normally say and do. It shows up as opposition, confrontation or unwillingness. It is your body and mind’s way of keeping you safe and preventing failure.

Fear has a major role to play in your survival. With the ever-increasing uncertainty of life and work, fear is a prevalent emotion in our society today. Somehow, we need to find a way to recognise it and navigate it. The uncertainty of our time is here to stay, and we need to continually develop our skills to cope.

Uncertainty requires a new approach. When you loosen your attachment on a specific outcome or view of success, fear reduces and you find your flow of leadership.

We need a new way of being with the unknown because disruptive change will continue to create uncertainty in life and work. The ability to adapt and learn through trial and error is critical to our success in leading disruptive change.

When resistance shows up, either in you or in others, be curious about what is behind it. What are you afraid might happen? What are you wanting to avoid? Let go of blame and judgement and allow the resistance to be part of the process of people making sense of their fear or discomfort.

Simon’s fear drove his behaviour. At his core, he is not a rude person, yet his behaviour may have appeared rude to some people because he was so far out of his comfort zone and almost at a place of overwhelm. He didn’t see the point of what he was there to do and resisted it as much as he possibly could. If asked, he most certainly would have told me that he was not afraid. Words would have been futile. In that moment, I had two choices: to meet him head on and try to persuade him, or to give him space to work it out for himself. I chose the latter.

In moments of resistance and polarisation, there is a tendency to resort to forcing people to come with you, instead of allowing them free will to work it out. Resistance needs space for understanding and reflection. This is born out of attachment to specific outcomes and breaks down relationships. Simon later admitted to being resistant at work at times of disruptive change or uncertainty. He was uneasy being out of his comfort zone, and his resistance was a natural response to keeping him safe in the status quo. Once he had time to work things out, he was an active and willing participant and team member.

When you lead a team, using rank and authority to make people come with you works to a point, but it’s not leadership: it’s coercion, force, command and control. Call it what you will, but it serves only to deepen the divide, erode trust, and break down relationships. The end result is either that people feel coerced and give in, not through free will but through a need for harmony and resolution, or they fight and become forceful in return. This results in stalemate, deadlock, and high stress.

Our huge thanks to Jude Jennison for allowing us to share this extract from Leading Through Uncertainty, 2nd edition which is published by Practical Inspiration Publishing.

Jon Hazan has worked in many different management environments over the past 25 years. Originally serving as an army officer,…