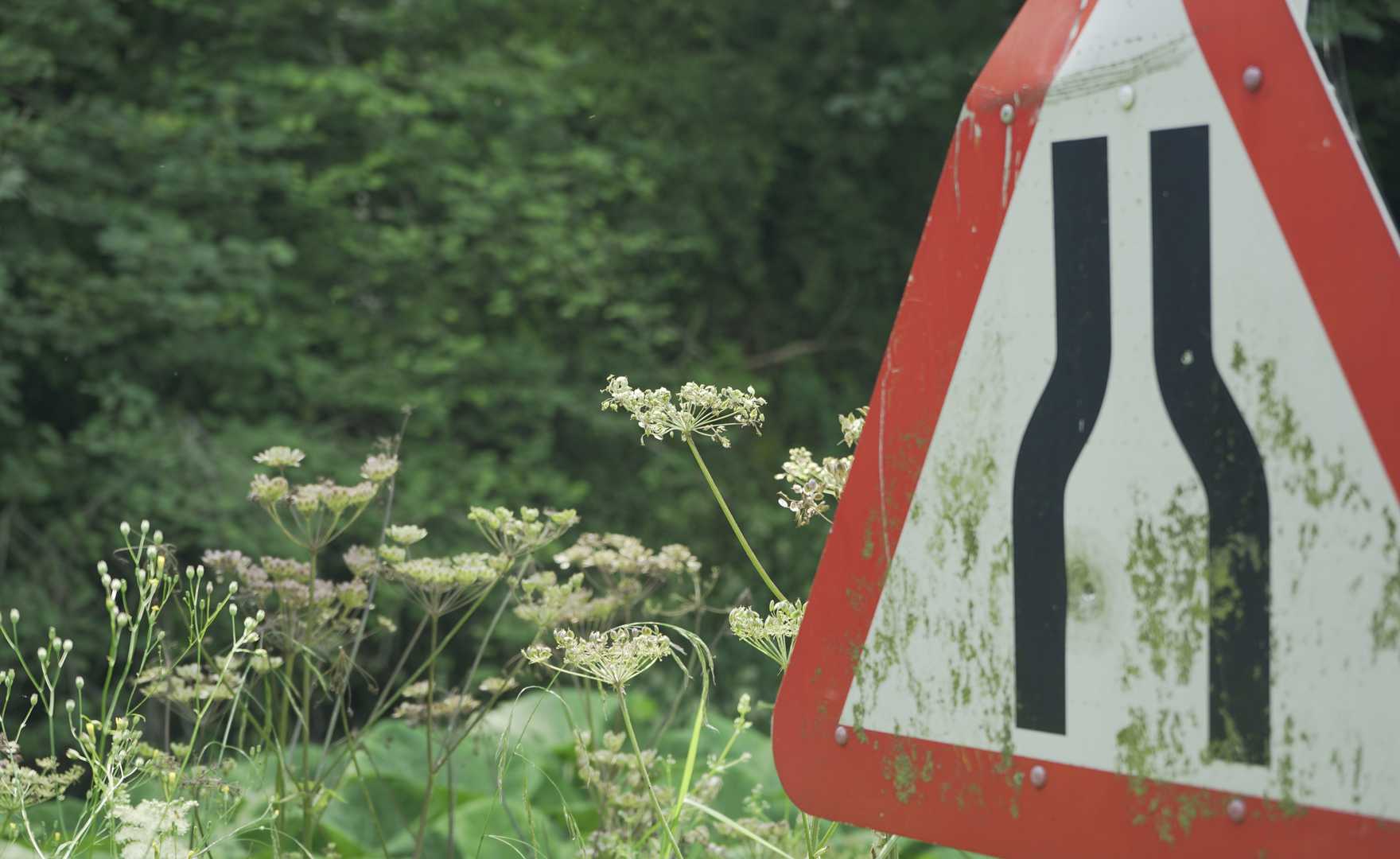 I live in the country, on the outskirts of a small town in the north of Ireland. I often go for a walk around the roads near where I live and, over the years I have lived there, I have developed a deep familiarity with the tracks and roads and the micro, as well as the big landscapes of my locality. Even to the place where I know each clump of wild flowers growing at the side of the road and, driven by curiosity to know more, I have risen to the challenge of being able to identify each of them by name. From the more common ones like red and white clover, to the more obscure like the ivy leaf toadflax that proliferates in the cracks of the stone walls, the green alkanet with its vibrant blue flowers, and Herb Robert, one of the cranesbill family, named after a French monk Robert of Molesme, a Benedictine friar of the 11th century, known for his skills in herbalism.

I know the twists and turns of the roads and yet, on each walk, I never fail to be surprised.

The landscape evokes in me a deep pleasure and also, at the same time, the changes in the landscape also fill me with sadness and alarm as I observe the evolving of the relationship of the human species with its living ecosystem.

People speed past me in large vehicles, encapsulated in their glass walled boxes. Rubbish accumulates on the roadside and, everywhere, the landscape is being dug into and hacked at, as us humans establish ourselves even more firmly than before. The other day, my son and I brought with us a bag on our walk and within a mile had filled it to bursting with disposable coffee cups, cans of high-sugar drink cans, sandwich wrappers and polystyrene food containers.

The deep tyre tracks imprinted across roadside verges are perhaps a fitting metaphor for our relationship with the earth.

As we enter another new year and another new decade, it raises the question, “Will this be the decade when we begin to reintegrate with our environment and will coaching become more about integration than performance and goal achievement?”

I have noticed in the past year, as a close follower of all matters environmental, that protection of our earth and reduction of our damage and harm to the planet has come more and more into the public discourse and consciousness, thanks mostly to Sir David Attenborough and the teenage Swedish activist, Greta Thunberg.

This is unprecedented and one might conclude we have, at least in this country, reached a tipping point in the right direction, where these issues now seem to be central to many conversations, decisions and strategies. You can see the bell curve in operation in the past year alone, where we have moved from the early adopters, into the early majority of people taking on responsibility for caring for the planet.

In his book ‘Leadership Team Coaching’ (2017), Peter Hawkins emphasises that the ‘current nature of world challenges demands that all human beings think and act in new ways’. He draws on the work of anthropologist, Gregory Bateson, one of the first powerful voices to speak out about the developing ecological crisis facing our planet who challenged the collective human epistemological errors that dominate our civilisation. These can be summarised as:

One could argue that these errors have been implicit in our coaching work. Not exclusively of course, we coach for wellbeing and relief from stress, we coach for relationships, we coach for communication. I observe however, that the belief that underpins most corporate coaching at least is that, it should contribute to the corporate endeavour, which is usually to compete more effectively, to increase the share price, to expand its reach and to be more powerful. In fact - the term ‘coaching for performance’ has a ring about it that adds weight and credibility to coaching in the workplace. It creates a sense of safety and familiarity to our Neo-liberal consciousness. My question is’ where does performance and a goal focus fit with wellbeing and integration. How well has it served us?"

Aspects of this ideology are at odds with what our planet, our own species and other species needs. Kate Raworth in her seminal book ‘Doughnut Economics’ challenges the ‘truths’ at the heart of economic thought, which are used to justify extreme inequalities of income and wealth coupled with the unprecedented destruction of the living world. Instead, she exhorts that a ‘much bigger goal is needed - meeting the human rights of every person within the means of our life-giving planet’.

As organisations, employees, leaders and decision makers, we need to pay attention to the signs, the patterns and the flows that we observe around us and decide how we might act. Ralph Stacey, in his writing on complexity and group process, discusses the patterning, gestures and responses that exist in human systems and relationships and how that this can result in ‘stuckness’, but also that each of these gesture and response repetitions always have the potential for transformation. Coaches and the coaching community have an important role to play in helping coachees, teams and organisations in finding a way out of their ‘stuckness’ and into potential transformation.

Our minds are suffused with bushfires and floods, migration and privation, politics and polarisation - the metaphorical tyre track across the grass. As coaches, we can help our client companies and coachees to embrace the system view, to see their own system. We can ask different questions and encourage them to ask different questions, we can foment enquiry that is ‘outside in’ and ‘future back’ and invite all of us to consider what different responses might be asked of us.

John Hill is commercial director at the Academy of Executive Coaching. He is fascinated by human behaviour, what makes us the way we are and what can make us different and better versions of ourselves, not only individually, but collectively and in our organisations. Enthused about getting people to think, reflect and engage with their behaviour patterns and culture, his aim is that of delivering real value for all their stakeholders. His belief is that coaching and team coaching is one of the best contexts in which this can happen to great effect.