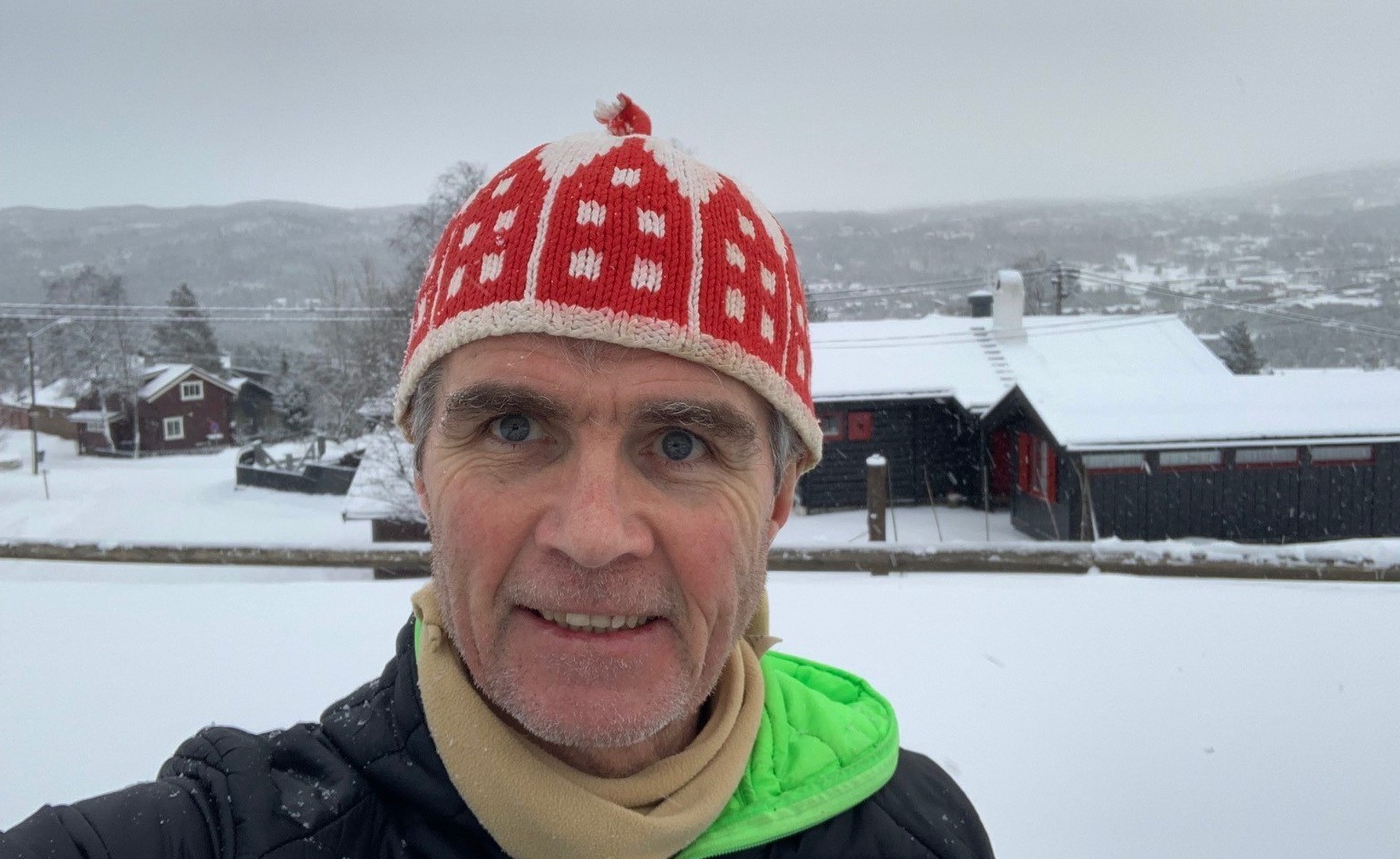 Davo Ruthven-Stuart is currently working as head of OD consultancy for Health Care Solutions at NHS Arden & GEM CSU. As well as focusing on transformational OD roles within the NHS, Davo is also the founder of Ruthven-Stuart Associates Ltd and specialises in individual and team transformation; including: 121 and team coaching, recruitment, psychometric assessment, leadership, culture, communication and behavioural change. Here he talks about his experience of team coach training with the AoEC on the Systemic Team Coaching® Diploma.

You come from a highly successful career in OD and leadership development with you currently working as head of OD Consultancy for Health Care Solutions at NHS Arden & GEM CSU. Who or what introduced you to coaching?

As a student and subsequently as an international sportsman (a member of the British Freestyle Ski Team 1981-1986) I benefited greatly from being coached at an early age and throughout my sporting career, and often generously by other team’s coaches given GB’s limited funding. The impact these coaches had on me and on better-supported teams was not lost on me. It was an obvious progression for me once I retired from competing to develop my coaching mindset and to support others towards their own ambitions.

What led you to signing up for the AoEC’s Systemic Team Coaching® Diploma course?

My coaching journey has progressed within a broader adventure as an OD practitioner. This work is by its nature organisational in context. However I became increasingly aware when working with teams that as nested systems there were several dimensions, or as I might now describe, lenses that seemed to be missing in my work. Reflecting on Blakey & Day’s Challenging Coaching book I was increasingly drawn to the ‘systems thinking’ element in their FACTS model. Systemic team coaching seemed the perfect next step on my coaching practitioner journey.

What were the most beneficial learning experiences on the diploma?

Being able to codify my intentions within a systemic model that provided me with boundaries within which I am able to flex to respond to the work that the team (or collection of people – see below) identify that needs to be done.

Starting to establish a far clearer sense of my own authority, presence and impact. Hilary’s powerfully simple words are a regular go to: “that’s not the way I work”.

Increasingly letting go of my own sense of responsibility for the team’s outcomes. My tenacity and competitive nature to achieve a result is increasingly more gently focused on the process including what I am experiencing and how I can play this back into the system to inform the work of the team.

Recognising that ‘it is not a performance’ and how my playfulness can support the team itself to design and step into the work for themselves and their wider stakeholders.

Can you please tell us about your own coaching model and how this has evolved to include systemic team coaching?

As an organisational development (OD) practitioner my sense is that interventions have typically started from a broad system or organisational level perspective that converges to take account of and support teams.

As a systemic team coach (STC) my sense is that the work starts at the team level in order to help them see things as they otherwise might be for themselves and within a larger system. The journey expands the lenses through which the team sees what it already knows in its ecosystem, and back from its future.

In doing so the team develops a clearer sense of accountability and responsibility within its wider environment. The team, in collaborative transformation, shapes actions and self-accountability with its partner commissioners and stakeholders, as opposed to commands or directions being transactionally handed down. My intention is to help the team by adopting multiple lenses, senses, frameworks and confidence and to playfully shape shift to and fro along the coaching continuum.

Both as a structure and reflecting my own cyclically evolving journeys, I describe my own coaching model through the monomyth of Joseph Campbell’s Hero’s Journey. Combining this with Peter Hawkins CIDCLEAR structure, represents a simple framework through which I can both navigate my personal journey of coaching mastery and also guide my clients within their collective and personal hero’s journey.

What were the benefits for you of working on a live case study as part of the diploma programme?

The opportunity to live the learning, including bumping into my own and others’ mental models; to start to shape my own STC model; experiencing the impact of shifting my focus from an individual (the team leader with whom I had previously worked) to his team; immediate feedback from the team with whom I had contracted on the basis of a shared learning opportunity, and feedback from cohort colleagues through the reflection process.

How are you using coaching/team coaching in your role within Health Care Solutions (HCS) at NHS Arden & GEM?

Coaching is a significant pillar within my OD consultancy role, I might even say it is at the core of how I think about and am, as an OD practitioner. As the NHS’s forms that support its function shape-shift like Mandelbrot’s set (a subject of another day), so does the volatility, uncertainty, complexity, and ambiguity (VUCA) of the environment in which leaders are expected to operate by its stakeholders, however we define ourselves.

This brings with it an expectation and assumption that answers are known by experts who exist, and with it the associated pressures and challenges for individuals, teams, organisations and systems. Not least with the new and emerging integrated care system structures that came into effect on 1st July 2022.

Adopting a coaching first approach has not only started to differentiate our approach as a Health Care Solution service but is in direct response to the needs of our existing and new customers. The space has shifted from direction from the centre to delegation within a set of expected outcomes. The notion of collaboration is replacing competitive consensus where many argue that potential losers and winners have struggled to work effectively in service of population health.

A coaching lead approach based on the idea of ‘slowing down to speed up’ is enabling more system thinking and effective cross boundary collaboration.

You established your own business Ruthven-Stuart Associates in 2003. Who are you working with and what are some of the typical challenges and opportunities you help teams and individuals work through?

Alongside my role in the NHS I have had the privilege of working with a large number of private sector SME entrepreneurs. Many are on a fast growth trajectory, though as leaders I would say very few identify as ‘heroic’ and often express real imposter syndrome concerns about their success, along with a heightened concern for the impact of decisions that results in them stepping into, rather than working on, the business.

That these are a group of high business risk takers is, I would argue, something of a popular myth. There is less room for profligacy and they are unable to hide behind others. Much of the initial engagement work revolves around exploring these leaders and their executive teams, where they exist, design, make and execute their decisions. The emphasis of subsequent work is often on building a very real sense of shared responsibility and accountability given the close consequence and sequel of the decisions they make as leadership teams on their stakeholders: human and non-human.

How have you seen the need for executive coaching/team coaching change as we have gone through the coronavirus pandemic?

My hypothesis is that many senior individuals and hitherto successful teams, both within the NHS and in the private sector, whose personal journeys have been shaped by a great deal of success, recognition and adoration have found themselves, perhaps for the first time, without ‘the’ answer.

This is doubtless uncomfortable and discombobulating leading to less productive behaviours both individually and as teams. In a ‘wicked’ learning environment, it feels as if team-based coaching has offered a new approach to collaborative learning and solution finding.

It has also been revealing to challenge the notion of a team within the context of the work.  As so many ‘sacred cows’ have been sacrificed at the altar of Covid, it has allowed me to explore whether the work, ambition, goal even require a team? As such it has opened up opportunities for the team to include others (human and non-human) from outside their traditional sources of information.

How do you measure the effectiveness of your systemic team coaching work with clients and colleagues?

I started to question and explore this more on the programme and have continued to develop my thinking in the context of a highly output measured environment of the NHS in which I spend a great deal of my working time.

I start from the idea that the effectiveness of the collaborative work is defined by the team’s own criteria for success. That said, I have been developing and attempting to introduce the idea of ‘meta-analysis’ of the relational impact of the work that the team is experiencing.

Drawing on Oshrey’s ideas around relationship blindness, I have increasingly challenged the team to think about the ‘essence of the work’ they are doing together as a measure of success: the intrinsic nature, quality, experience, and meaning of the exchanges within the work we are doing together. How is this shifting and how is it helping us work more effectively together in service of our stakeholders?

Whilst respecting confidentiality, can you tell us about a team coaching situation that had an impact on you?

I often still refer back to my experience of my case study and what felt at the time as a simple linguistic assumption about the meaning of the work ‘ambition’.

I had set up an activity to help the team step into their personal and team experience of where they were individually and collectively within the notion of ambition. I was almost knocked off my feet by the very visceral experience I had when observing the team.

Confusion, frustration, followed quickly by resignation, played out in front of me. I was certainly experiencing their discomfort and my own panic as things appeared to be unfolding in the polar opposite to any sense of expectation. If there was ever an opportunity to share my own discomfort and try something else, this was it! Thankfully, supported by the team’s willingness to explore there was some great learning that followed in simply unravelling what had just happened, and how very different perspectives of ‘ambition’ were playing out in the room and as a team more generally.

What do you find most rewarding about your team coaching work?

Everyday is a learning day in which I am privileged to be able to help heroes and heroines become heroic teams.

Our immense thanks to Davo for sharing his personal journey.